Updates to Russ' profile since your last visit are highlighted in yellow. 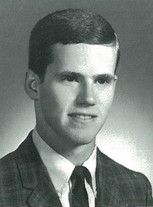 Daughter, Allison, who lives in Coburg OR [next to Eugene] ,my youngest, and pictured still waiting on a kidney as they never started back working after her tragic birth of her son Bennett, gone bad. He died one day after coming into our world. She has been on dialysis ever since 3-11-17.
She is screening folks now for a "live" kidney donation. Prayers, if so disposed, that this, or any kidney donation will happen soon!
Been here in Asheville since '81--and gosh, is it ever changing, and grownin' [TOO fast].
Really enjoying caregiving and hoping i'm building some good karma for when I'll need it.
Still catching trout,[ but turning them all back for 'the next time] and gardening. Our garden has grown to be fairly large. [less grass to cut]. Had a great time at our Bday Reunion!
All this 'recorded' Newly in June 2019
I must b boring that not much has changed, eh?
I hope IF any of U were to visit this neck of the woods, to Please give me a call so we can get 2gether, and maybe go get a grog at a watering hole along the French Broad River.
Later, russ

Happy Birthday, Bill--hope its start of a fine, [end of covid] Year--take care

Phil, Happy belated[?] B'day as it looks from comments like u had one and i missed it--BUT RRHS web says u have 1 coming on the 26th, so, as usual, I am Confused and maybe this is a future B'day greeting. Great 2 c U at the Reunion--hope a "similar" event happens again! Happy Day, take care!

Happy belated, Jinny--we were outta town so i missed your b'day--Hope it was great!

Russ Elliott
Russ Elliott has left an In Memory comment for his Profile.

Terry and I were best buddies at RRHS and beyond. WE used to "run" wth John K some and we checked out

U of Dayton together, figuring we'd be roomies; but i opted to stay in Cleveland after all. Remember Igave him

a "hard time" about his heated driveway that melted lite snow the first time I saw his house in Brecksville. He had

a little phrase he used wth me as we were both ardent Browns fans, "TGRITHOPF"--It referred to Jim Brown who was in

his 'heyday' back then, "The Greatest Runner in the History of Professional Football ". Havent seen or talked to Terry in many

years as our lives went different ways, but itz still a shock when you see an old friend has passed!  RIP old friend!!

Russ Elliott
Russ Elliott added a comment on his Profile.
Back to Russ' Profile Details