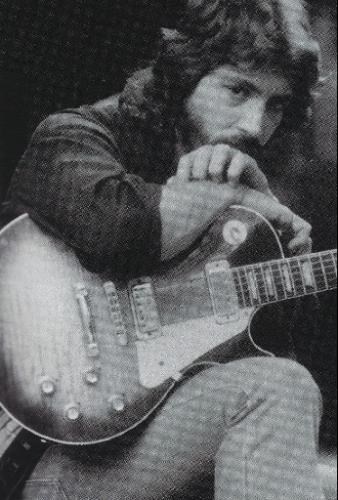 Cleveland singer and songwriter Michael Stanley Gee passed away peacefully at home on March 5th with his family by his side. He was 72 years old. Michael battled lung cancer for seven months with the same strength and dignity he carried throughout his life. He will always be remembered as a loving father, brother, husband, a loyal friend, and the leader of one of Cleveland's most successful rock bands. Michael is survived by his daughters, Anna Sary (Christian) and Sarah Sharp (Aaron); his sister, Nancy Oosterhoudt (Claire Kloss); his wife, Ilsa Glanzberg (Cole Sweeney); his five grandchildren, Mallory Sidoti (Mike), Aidan Kraus, Brody Kraus, Wren Sary and Phoebe Sary; and his faithful companion, Stevie Ray Dog. He is predeceased by his mother, Martha Fitzpatrick; his father, Stanley Gee; and his late wife, Denise Skinner. Born on March 25, 1948 in Cleveland, Ohio, he attended Rocky River High School where he played baseball and basketball. A baseball scholarship led him to Hiram College where he earned a BA in Sociology and Comparative Religion. Married to Libby Hill Blake in 1970, they welcomed twin daughters in 1974. Michael was a loyal and enthusiastic sport's fan of all things Cleveland, the city where he often lent support to charity organizations and foundations. His free time was spent writing and recording music in his home studio, enjoying a box of popcorn and movie at his local theater, and being a proud spectator at any event involving his grandchildren. He was legendary for his quick-wit and sarcasm and is remembered by his family for his huge hugs and spirited story telling. He approached life and all those he encountered with respect, acceptance, and an honest charm. High school was the start of his fifty-year career in music with the band The Scepters. College bands, The Establishment and The Tree Stumps, helped pay tuition while there. The Tree Stumps were renamed Silk, and they released "Smooth As Silk" with ABC Records. Two solo albums "Michael Stanley" and "Friends & Legends" in the early 70's led to the forming of The Michael Stanley Band in 1974. The band's breakthrough came when they signed with EMI Records and released a string of fan-favorite albums, "Heartland", "North Coast", "MSB", and "You Can't Fight Fashion". MSB still holds countless attendance records at The Front Row Theatre, Blossom Music Center, The Richfield Coliseum, the original Agora Ballroom, and most recently at MGM Northfield Park. Michael has continued to perform to sold-out crowds with Michael Stanley & the Resonators and Midlife Chryslers. He has released over 40 albums, and finishing touches were recently put on his latest album called "Tough Room", produced by his dear friend Bill Szymczyk. A well-known and beloved radio/television/musical personality in Northeast Ohio for the majority of his life, he is a member of the Cleveland Association of Broadcasters Hall of Fame, received eleven local Emmy awards during his time at Channel 8, co-hosted "PM Magazine" with Jan Jones from 1987-1990, has been a familiar voice over the airways at 98.5 WNCX Cleveland's Classic Rock for over 30 years, was presented with a Cleveland Arts Prize Lifetime Achievement Award in 2019, and recently had a section of Huron Avenue across from Playhouse Square renamed Michael Stanley Way by the city of Cleveland. Michael has been described as, "a solid midwestern guy who knew his roots and never forgot where he came from." Michael will be laid to rest at Lake View Cemetery. The service will be private. In lieu of flowers, contributions in his memory can be made to the Cleveland Food Bank (www.greaterclevelandfoodbank.org) and/or the Cleveland Animal Protective League (www.clevelandapl.org). Michael's family would like to thank Hospice of the Western Reserve for their dedicated care, his friends and extended family for being there, and his fans for their love and support during the past forty years. As he always said, "It's your world, pay attention." Online condolences www.diciccoandsonsfh.com